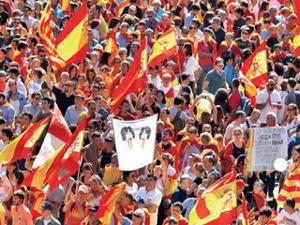 Catalonia declares independence from Spain in a show of disagreement with the law, order, and constitution of Madrid. The Catalonia Parliament, an autonomous region of Spain, declared independence in a 70-10 secret ballot vote. Three National Political parties, however, walked out of the vote. However, the intentions were clear as Catalan leader Carles Puigdemont walks out with the loud cheer of “President” from the lawmakers.

However, the question is Now What? Spain will anyway not recognize Catalonia as a country and neither the international countries will do so. The Senate of Spain parliament will soon invoke and approve the Article 155. This will give the Madrid direct role in the Catalonia including Barcelona. But the question is will the civil servants and the Police follow the orders? Well, none is sure about it. Yes, the Army might march in in that case.

However, Catalans are ready for the fight. They are well aware that freedom does not come like this and they said in past that they are ready to stand strong. So, this will eventually lead to chaos and civil unrest. In fact, Catalonia and other places of Spain may now head to ultimate civil disobedience and that is not a good news.

Yes, the Prime Minister of Spain Mariano Rajoy may take a harsh decision. Barcelona might become the centre stage of a long standing drama. Catalonia declares Independence from Spain was expected but this soon was a bit surprise for everyone.

Catalonia once suffered suppression during the autocratic Franco rule but ever since it has enjoyed autonomy. However, the pro-independence leaders decided otherwise.