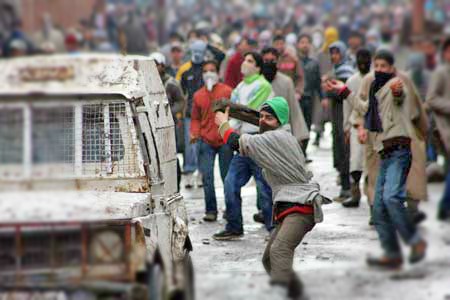 Burhan Wani Backlash has created a huge protest in Kashmir. The fight between the protesters and the armed forces and police have already claimed 21 lives and injured many others. However, there is no sign of improvement of peace or talk in the valley. However, there are people who do not want that to happen. There are flying news going around in Kashmir and in the rest of India. It is only inciting violence. There has been no proof or approved news on this news. Here are five flying news from Kashmir Unrest that you must not believe and stay calm.

Burhan Wani Backlash – News that you should not believe

Sorry! He has not officially said anything on Kashmiri Pandits. Neither he has spoken anything on media regarding this. He said that the center is working with the State Government to bring normalcy. Here are his tweets.

Deeply anguished at the loss of precious lives in incidents of violence in Jammu &Kashmir. Also pray for the speedy recovery of the injured


I appeal to the people of J&K to remain calm and maintain peace. Centre is working with the State govt. to bring normalcy in Kashmir valley.

Burhan Wani Backlash has created protest but there has been no concrete proof of any religious attacks on Hindus or on the pilgrims. The Amarnath Yatra has resumed. There is already enough tension in the valley and there is no need to pay attention to this flying news. The situation is closely monitored and no approved news of damage or destruction of temples has been registered yet.

Emergency Numbers have been released and neither J&K Police nor Security Forces are attacking any Ambulance carrying civilians. There are images of the Social Media of the same. In this world of advanced technology, one should at least pay some attention to all the approved news. There has been no confirmed news on the same.

Sorry! No Army is not attacking the hospitals! But yes the medical crisis is going due to large numbers of people.

Kashmir needs to pay attention that rumours will emerge even more as the situation gets intensified. There are forces that want people to indulge in violence but what more important is peace and talk rather than death.