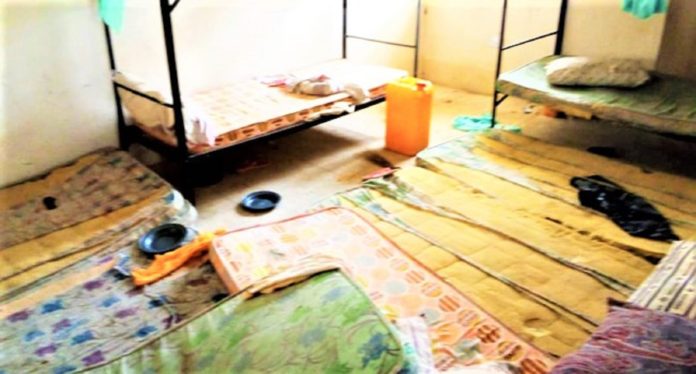 Bring back the girls echoed in the entire world when 276 girls were abducted in Chibok, Nigeria in 2014. Few of them were rescued, few were freed after few years but 100 of them are still missing. Boko Haram kidnapped the girls and even used them as their brides and sold them off too. But since then the incidents of mass abduction in Nigeria have only increased.

Almost 317 schoolgirls were abducted by the local militants in the Zamfara State of Nigeria. The Northern State has become a worrisome sign of lawlessness in the most prosperous economy of Western Africa. The girls are yet to be rescued. The Zamfara Police and Army are trying to find the bandits who came in vehicles and abducted the girls from Government Girls Science Secondary School in Jangebe.

Oh well, they were taken to the nearby forests by the abductors, told the Zamfara Police Commissioner. Few of the girls have resurfaced after successfully escaping the bandits, reported Reuters.

These incidents have been frequented in recent times. Last week, in the Niger State, a gunman kidnapped, 42 people including 27 students. One student was killed as well. The hostages are not yet released.

In 2018, Boko Haram kidnapped more than 100 schoolgirls. They later released everyone but one, the only Christian girl among them. There was a ransom paid, told the United Nations.

Now, this trend has some deep signs. The lack of security of the girls, the frustration and anxiety of the parents, and the secret ransom paying off the government are taking Nigeria to a place of no return.

The government denied any ransom being paid. President Muhammadu Buhari said they would not bow down to the blackmails. However, the experts believe that inability of the government in safeguarding the kids, is making them pay. This has become an easy way for the bandits and the militants to extort money.

There have been some changes made to the Army after so many lapses. However, normal people have started losing faith in the security forces and the government.

According to a report published by the Daily Beast, the locals of Zamfara have taken matters into their hands. The parents of the children do not trust the security forces and now planning to go into the forest and bring back the girls. The report also says that there were warning signs of unidentified people around the village and the school before the incident happened. However, none took any action.

In other words, this could have been avoided.

Is the Nigerian government paying the ransom to bring back the girls? If it is paying, isn’t it encouraging more people into doing that? Unless the security is tightened, unless the bandits and the local militants are punished, the vicious cycle of kidnapping may not reduce. On the contrary, it may only increase.