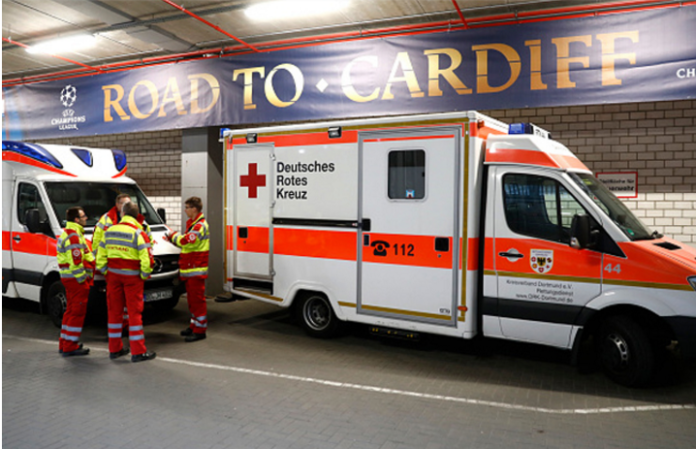 Borussia Dortmund team bus faced three explosions soon after it left the hotel. The reports suggest that team bus was heading for the Stadium to play the Champions League Quarterfinal against AS Monaco. However, the sudden explosions have left the team bruises and shock.

It has been reported that team bus has been damaged. The glasses are said to be smashed due to the low intensity explosion. According to the reports, Marc Bartra, a Spanish National, and Footballer has been injured and has been rushed to the hospital. However, he is not critically injured. As per the local media reports, there are chances of minor injuries to more players. However, no exact information is available so far.

The Champions League tie of Borussia Dortmund v AS Monaco has been postponed after the explosion. The match would be played on Wednesday, reported media. The police have affirmed that there is no threat to anyone so far. It is still not known that how the explosions took place. Nothing has been ruled out so far. However, the damage of the bus has indicated that the explosions were of low intensity. The security has been tightened near the place.
The Borussia Dortmund team has informed that one place has been injured and said that the match will be played on Wednesday at 18:45 Local Time at the same venue. UEFA Champions League last 8 phase I or quarterfinal has been finalized and the Borussia Dortmund team has made a well deserved place there.

More reports may emerge as the investigation gains pace.