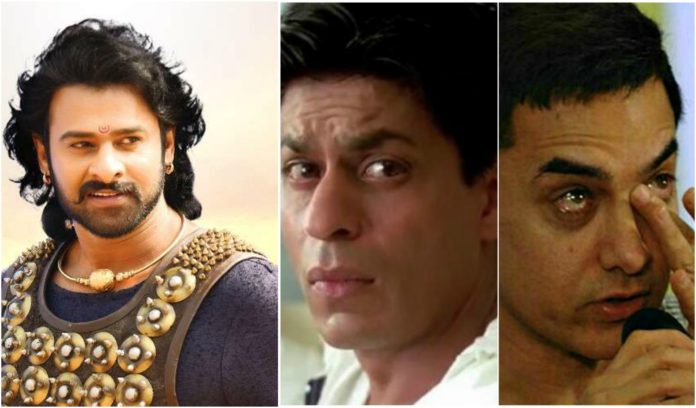 The country witnessed the release of a gigantic movie ‘Bahubali 2’ last Friday. Since then there is no turning back for the magnum opus. The movie managed to cross the magical mark of 500 crores in just three days. The movie and the actors were from South Indian movie fraternity, however, the movie still managed to garner the love of north Indian fans. The theaters and multiplexes are running houseful so much so that in few states, the cinema house owners have decided to run extra shows.

Recently, a Bengali regional national award winning movie ‘Bisorjon’ failed to get sufficient screens due to the demand of ‘Bahubali 2’ in Bengal. The ace director S.S Rajmouli was able to create such a magic that the regional Telugu movie was able to create a tsunami among the audience countrywide. The lead roles played by Prabhas, Rana Daggubati, Anushka Shetty, Ramya Krishnan and Sathyaraj and Tamannaah were highly appreciated by the audience. The movie Bahubali 2 has got 9.3 rating out of 10 in IMDB.

Even after garnering so much success and creating a milestone in Indian cinema. The mainstream Bollywood decided to ignore the current wave. None of the Bollywood superstars including Salman Khan, Shah Rukh Khan and Aamir Khan even bothered to appreciate the hard work of the south Indian counterpart. It is such a disappointment that the Bollywood stars who never loses an opportunity to greet one another on their movie success are now ignoring the epic movie like Bahubali 2.

Only a few well-known personalities including just one Bollywood actor came forward to appreciate the hard work and success of Bahubali 2.

Heard #Bahubali2 is Giant Monster in a good way.The best way to be at box office.Congratulations @karanjohar #SSrajamouli #Dharma #TeamB2

Just watched first half of #bahubali2 and I am so much in awe of it already! @ssrajamouli sir @RanaDaggubati sir & #prabhas sir what fire??

Meanwhile the records, I hear, are being set by #Bahubali2

Looking at the cold response of Bollywood stars, now the question arises that – Are the Bollywood celebrities least bothered or they are really scared of the new trend and rise of regional movie stars which can even dethrone Bollywood biggies from their own comfortable chambers?