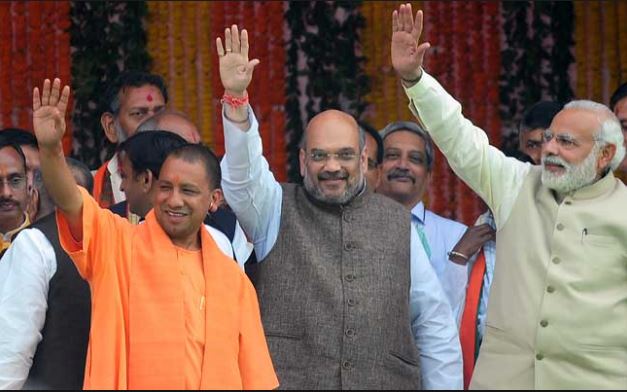 BJP Uttar Pradesh Defeat in Gorakhpur and Phulpur has spoken more words than any election campaign. Yogi Adityanath who was chest thumping a few days ago, restored to rethink on the situation after the seat vacated by him was lost. The Phulpur seat which was vacated by Deputy CM also met the same fate. So, was Amit Shah-Modi magic missing this time? Is BJP losing ground? Many questions but the answer are pretty simple. The poll results clearly show how it is been happening in India since 2014. Let’s have a look at the results at least the major ones.

Uttar Pradesh was ruled by SP and incumbency factor went against the party. Unlike other occasions, BJP had more relevance to the UP and BSP lost ground in UP. Modi could not overcome the same against Arvind Kejriwal in Delhi and AAP swept BJP away from Delhi. BJP retained Gujarat, but with not so convincing margin, again due to the incumbency factor. The BJP alliance with SAD in Punjab was washed away by Congress in the last poll. If North East is looked at, Tripura was again a classic example of overturning of power for incumbency. For other states, BJP managed to stay alive thanks to strategy to align with regional parties.

Overall, it can be clearly seen that the BJP Uttar Pradesh defeat is nothing but the incumbency again. So, it is very likely that Indian Polling trends are going towards the same. BJP is not doing well in Madhya Pradesh bypolls, UP and all BJP ruled states. However, overthrowing one after the other Government in other states have been too common for the national party now. Understanding the same trend, BJP may win Karnataka from Congress, but may suffer loss or win not so convincingly in Madhya Pradesh.

BJP Uttar Pradesh defeat simply explains that Political Parties take the voters for granted at their own peril.