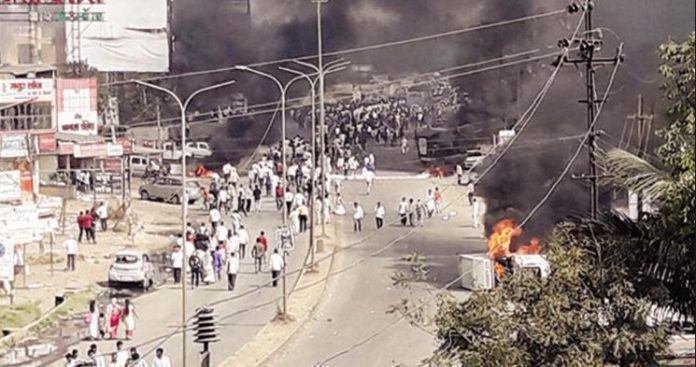 Bhima Koregaon Violence marred by violence in the Pune District of Maharashtra and the impact of it has now reached Mumbai and other parts. The 200th anniversary and the commemorative function of the battle between East India Company and Peshwa were marred by violence and loss of lives. The Police have taken strict steps as the strike has been called by Prakash Ambedkar, Grandson of BR Ambedkar, in the entire state.

If you are in Mumbai, then the school buses won’t run today. The School Bus Owner’s Association has decided to stop plying the buses considering the safety and security of the kids. Mumbai Dabbawalas have also suspended services today sighting lack of transportation for the delivery boys. Mumbai Police has arranged adequate protection in the city. The Eastern Expressway was traffic clogged early in the morning, but things are smooth now. However, Chembur Naka is still impacted. Mumbai Police has urged citizens not to panic and of course, urged the office goers to reach office.

In Pune and Thane, the situation is a bit worrying, however. The bus services towards Baramati and Satara have been suspended so far. Some protestors tried to disrupt the Railway Operations near Thane, but RPF cleared the crowd. Section 144 has been imposed in Thane till January 4 midnight.

In the latest development, a complaint has been registered at the Deccan Gymkhana Police Station, Pune, against newly elected Gujarat MLA Jignesh Mewani and JNU Student Leader Umar Khalid for violence through provocation speeches. However, no action has been taken against them so far.