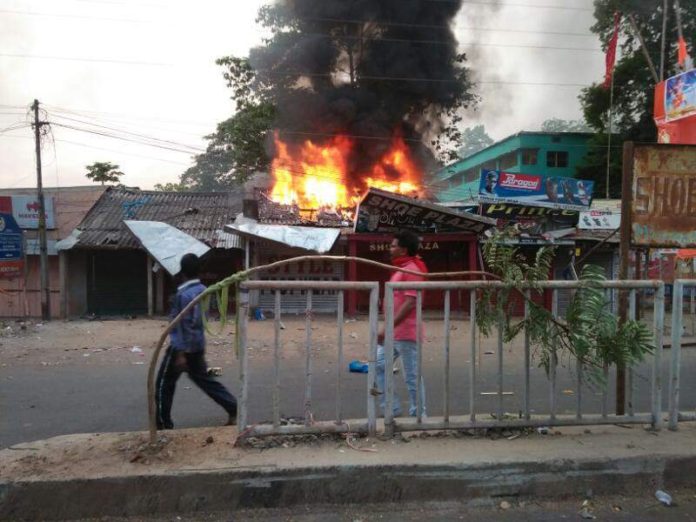 Bhadrak violence has increased the mounting tensions in Odisha. The State Government has finally asked for help after three days of continuous violence in Basudevpur and Dhamnagar area. Central has immediately launched two battalions of CRPF paramilitary forces have been dispatched to the disturbed area that is around 2000 CRPF Jawans as per the sources.

The Bhadrak Violence in Odisha started when a social media post started circulating that one community has insulted the Hindu Deity. There was a protest for the same and soon after that clashes broke out between the two communities. Police have been deployed in heavy numbers in the area and several have been arrested. The protest started in the Police Station claiming that the guilty people for the offensive posts must be arrested. As per the reports of The New Indian Express, 20 people have been arrested, for rioting and clash of mobs.

The tensed Bhadrak Violence hit areas have already seen deserted places, gutted shops, and torched vehicles. The curfew has already been imposed in the area and the Police are closely monitoring the situation. However, after three days, the scattered incidents can still be witnessed.

The reports have emerged that mobs are ready to vandalize and riot from both parties. However, sensing the situation, the CRPF has been called in and the area has been well sealed now.

It is unfortunate the even today, communities in India fight against each other, over social media posts, or from the hate speeches of the politicians. The riots or the communal clashes like Bhadrak Violence have only snatched lives, destroyed homes and public properties, crushed dreams and hopes and disturbed the harmony and peace of the society.