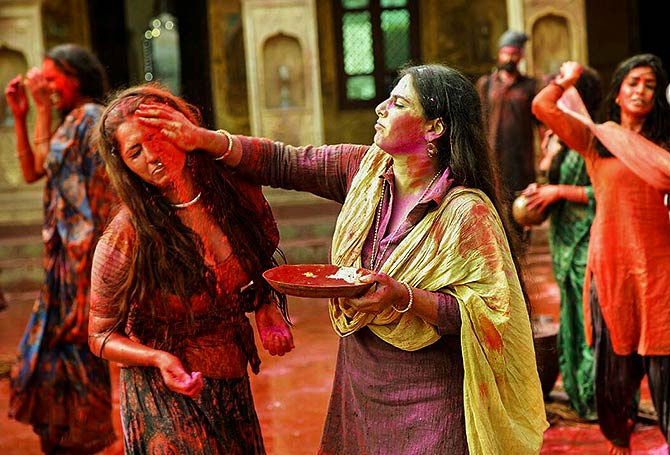 Begum Jaan, a movie based on the partition with different narration and depiction created huge anticipation in Bollywood. The Srijit Mukherjee movie that was adapted from the Bengali version of Rajkahini, directed by the same director hit the screens last Friday. As the directors said that the first choice for the movie was Vidya Balan and there is hardly any doubt over her acting skill. But was it enough to pull the crowds?

Well, the Begum Jaan Box Office report certainly does not say so. The total collection over the first two days has been mere 7.44 Crores. The first day collection was around 3.49 Crores and it only declined on Saturday for 3.50 Crores. The footfall on Sunday was also not up to the mark and was around 15% to 20% occupancy reported the media and tabloids. It is expected that the movie would touch around 10 Crores in the first three days. The collection can drastically fall from Monday again. The movie was made for the budget of 15 Crores and the makers did eye for huge profit. The Bengali version of the movie was a great success despite being a regional movie.

Vidya Balan has pulled off many movies and she has been one of the most prolific actresses in Bollywood. Director also said that she was the original choice for the Bengali movie as well. She has been excellent throughout the movie. However, on any given day if a viewer is asked to watch both the Bengali and Hindi version of the movie, Rituparna Sengupta simply wins the show.

It would be hard to pick up for Begum Jaan at the Box Office now. The analysts predict that the movie may not reach 15 Crores, however, including the satellite rights and other gains, it may reach the Break Even Point.

Shah Rukh Khan Detained Again – Know Why He Gets Detained...