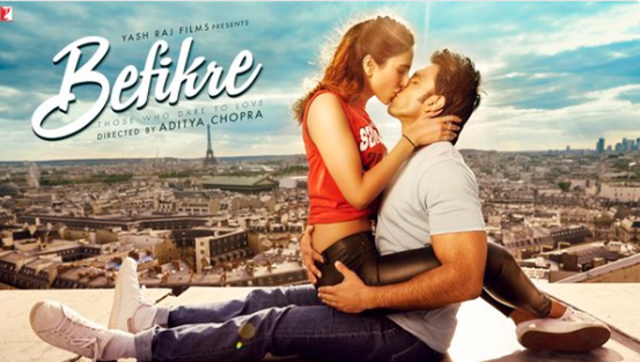 The romantic saga featuring Ranveer Singh and Vaani Kapoor has already made a huge buzz for immense kissing scenes. However, if the Befikre Trailer is released from the iconic Eiffel Tower, then it cannot be more romantic. As per as the reports are concerned, the makers are trying to launch the trailer with some innovative approach and thus it appears that Eiffel Tower should be a great option.

The reports have not been officially confirmed but the planning seems to be finalized. Befikre will be the directional venture of Aditya Chopra after 7 long years. He last directed Rab Ne Bana Di Jodi with Shah Rukh Khan. Interestingly, this is also his for direction venture without the King Khan. The first part of the shooting has been completed in Paris. The movie is going to be released on December 9.

The fans are already excited with the posters released from the movie and the trailer would do, even more, believe the Film Analysts. However, it has to be seen whether Aditya Chopra can recreate the magic of love in an unconventional way.

China helps Dangal to create a Never Before Achieved Record for...

Sorry! Salman Khan Is Not Sorry For Rape Remark