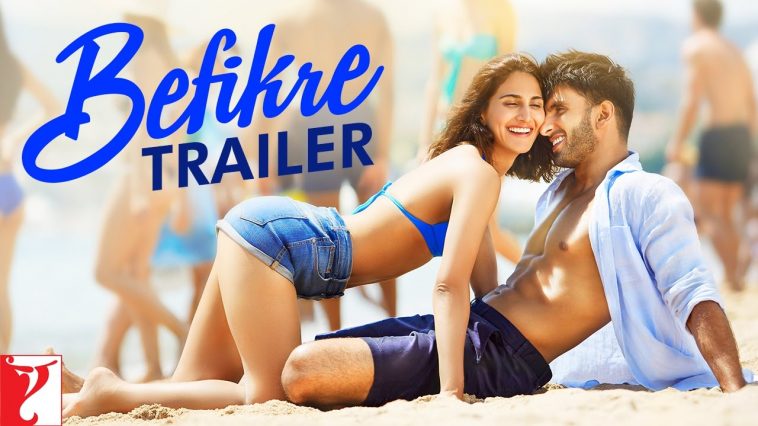 Ever since the trailer of Ranveer Singh- Vaani Kapoor starrer, Befikre was launched on midnight of October 10, 2016, in Paris, it has garnered over 10 million views in a very short span of time. And, it has been getting rave reviews from everyone. People cannot stop raving about Ranveer Singh’s hot striptease, and the sizzling romance of Vaani and Ranveer.

As soon as the trailer was released, celebrities were all over Twitter to applaud the film.

Rishi Kapoor, who is known for his witty comments too took to his personal Twitter account and expressed similar sentiments. He wrote:

Chandni starred Rishi Kapoor and Sridevi and released in 1989 with Kapoor playing the role of Rohit Gupta.

Not just Rishi Kapoor, many other celebrities too took to Twitter and commented on the film’s trailer. Have a look at some of them below:

Directed by Aditya Chopra, the film is set in France and revolves around the love story of Dharam and Shyra who are in a “friend with benefits” relationship with each other.

Katrina Kaif Reveals Reason Behind Break Up With Ranbir Kapoor

Katrina Kaif Ranbir Kapoor are Friends – Why Can’t they be?