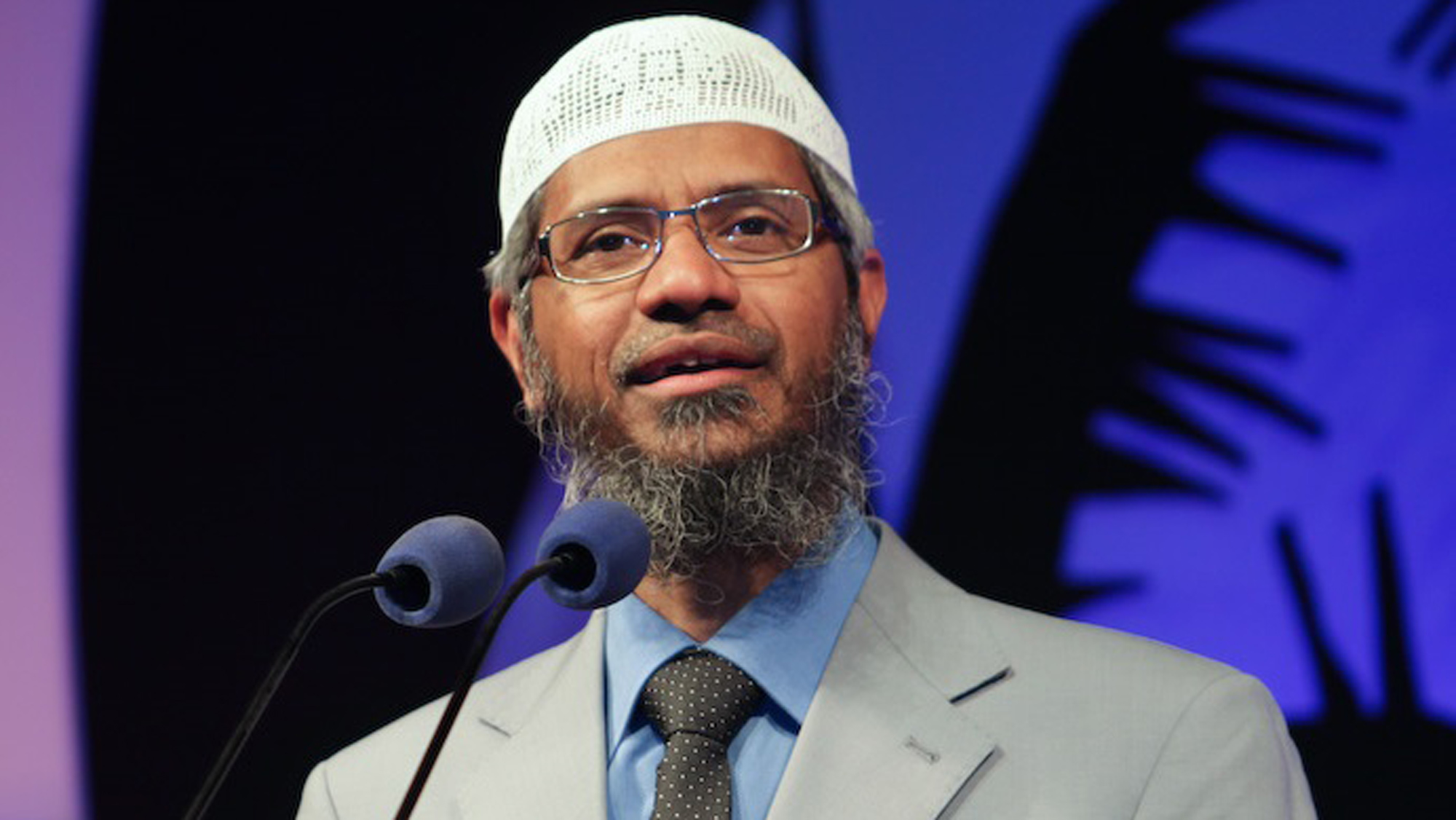 Ban Zakir Naik is trending in Social Media as #BanZakirNaik. The Islamic Preacher has many complaints against his name but this time, he is in grave trouble. One of the Dhaka Attackers was reportedly inspired by his teaching and carried out the brutal act in Dhaka Café. This is not the only thing; an Indian who was caught on his way to join Islamic State has also named him. Bangladesh Information ministry has already requested Indian counterpart to investigate his preaching. It has been told that his preaching is against Quran, holy book of Islam and Hadith. He is banned in UK, Canada, and Malaysia as well. However, he receives an award from King of Saudi Arabia for his work towards Islam. It may confuse you. All these are reports and on the basis of some awards or complaints, a person cannot be banned. Then why Ban Zakir Naik? If you have heard his preaching in Peace TV, then finding the answer should be easy for you.

He once said that if Osama Bin Laden is killing the enemies of Islam, then he is with him and every Muslim should be terrorist. He also added that America is the biggest terrorist. So, he thinks that killing innocents in the name of Islam is justified because who are dying are American and all should do the same.

The brutal 9/11 killed thousands of people. Nobody knew at the time of the attack, who died? Was he a Christian, a Jew, a Muslim, a Hindu, an American, an Indian, a Pakistani , a Kuwaiti ? Well, those who died were innocent people. Untag the religion and nationally from them and they had nothing to do with American Policies, Islam Preaching or Whatever the reason may be for branding America as the biggest terrorist.

He is in Mecca now and on this controversial statement, he said that he did know Osama Bin Laden and did not do any research on him. So, he is no one to condemn or condone him. But what about those who lost their lives? He never justified it. He has defended suicide bombings and sex slaves as well. Are these points not enough to ban Zakir Naik? Well, some may disagree but many will share the similar views as well.

The founder of Islamic Research Foundation, Zakir Naik has time and again demeaned women and other religions. Should Muslim do that? I have many Muslim friends and none of them have ever differentiated me with the religion. I have visited their places and ate with them. They are peace loving and extremely loyal to the Motherland. Then who is he talking about? Whom does he want to support the destructive agenda? People like Rohan Imtiaz who fell in the trap. He preaches many but knows only few will take his ideology forward. But that can be a blot on democracy.

He has now told that Islamic State is not Islamic. But they do follow Sex Slaves and Suicide Bombings. Did he made enough research on Islamic State before branding it? There are many questions to be asked and lot to be answered.

It is time to ban Zakir Naik and all other preachers who invoke religious turbulence among people. It is not about an Islamic Preacher buy about a preacher who wants others to believe what he feels right.

Mumbai Stampede – Exact Reason behind the death of 23 people

Donald Trump First Day Plans – Is that even possible?