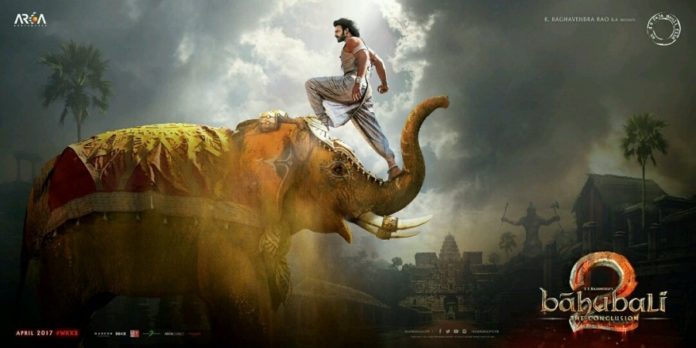 Bahubali – The Conclusion is all set to release in almost 1600 screens in all over the country in as many as five different languages on April 28. The highly anticipated movie has already left the country in trend. There has been no other movie that has made the entire country as crazy as this. So, there is little doubt about the credibility of the movie.

SS Rajamouli shattered the Box Office when Bahubali – The Beginning was released. However, this time around, it is going to break everything, possibly the windows of the ticket counters too. The advanced tickets were sold off in just hours and in Hyderabad, people are planning to stand overnight in the queue to get the first-day first show. The adventure to watch this periodic drama is enthralling and unbelievable.

The Trend experts have already predicted that the movie could earn as much as 85 Crores on the first day itself. It can simply rewrite the Box Office History. After whopping satellite deal, the movie can earn close to 1000 Crores predict the experts. Bahubali – The Beginning ended up with close to 500 crores worldwide but this could just double. In fact, the trade analysts have predicted a 100 Crore opening as well. It is expected to break most of the Box Office records on the very first three days. May 1, being a holiday, it is believed that the first 4 days collection can take the movie close to the lifetime collection of Dangal, which is the highest till date in Indian Cinema.

But will Bahubali – The Conclusion create such records? Well, time has the answer for it, but the trends definitely indicate the probability.