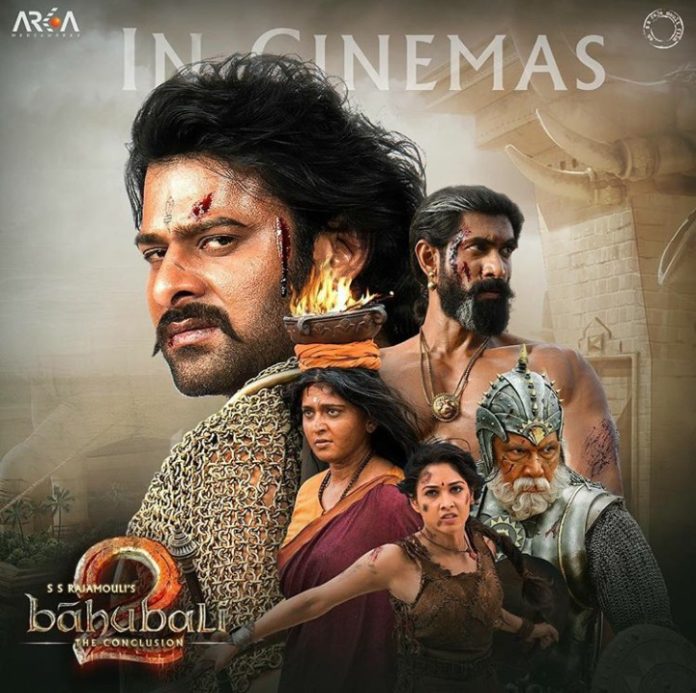 Baahubali 2 Box Office Collection has now reached beyond the reach of the other movies that were released before. Baahubali 2 was released on April 28 and the date was not favourable for the big hits. It was not a Holiday Weekend, the IPL was going on and there was no holiday either in the coming days. However, May 1 has some holiday impact in some parts of India. But the Box Office has crushed the record of all other movies.

Here is a little take about the Baahubali 2 Box Office Collection.

Baahubali 2 is now the highest grossed for a Hindi Movie with the figure close to 450 Crores. The above report does not include today’s report and it should cross the figure of 450 Crores today. The movie is still gaining around 7-10 Crores per day even in the 3rd week and that shows the power of the movie. The Telegu version is still going strong and it should reach 265-275 Crores Lifetime business. The Hindi figure can go till 480 Crores. The next two releases Half Girlfriend and Hindi Medium should impact the collections for the movie. Baahubali 2 may lose screens this weekend.

However, the world wide collection should comfortably reach 1500 Crores and that would be a mammoth figure. The next best is Dangal which has recently got a huge boost of around 450 Crores from China Box Office. Dangal collections now stand at around 1180 Crores. However, Baahubali 2 may get into Chinese Box office later this year and that can further increase the figures for the movie.

The figure may not be broken anytime soon in India. The total net figure of the Baahubali 2 in all the languages can reach 1000 Crores and that was unimaginable even few weeks back.