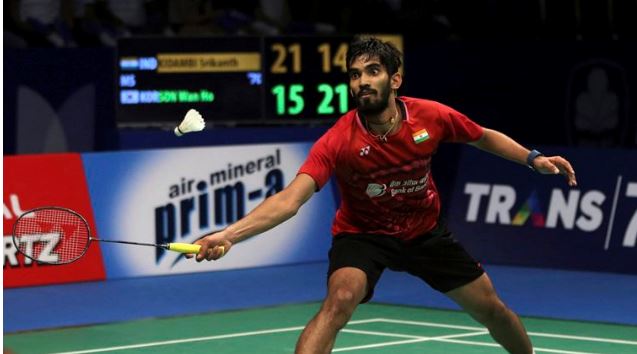 Srikanth Kadambi won the Australian Open Series and created a history. He defeated Chen Long by 22-20, 21-16 to seal the Championship. This was his third straight final in the Super Series, Singapore, Indonesia and Australia. He became the second Indian to win Australian Open Series after Saina Nehwal, and the first Indian male to win this championship. PM Narendra Modi has already congratulated him but he is now leading an inspiration for many men in Badminton.

In recent times, Badminton was dominated by the Indian women and they have outperformed their oppositions many times. Saina Nehwal started this boom when she claimed No 1 position and won the Bronze in Olympics. P V Sindhu followed and she bettered the Indian record by winning the Silver in the Rio Olympics. However, Indian men were lacking the success, even though there were many who were playing excellent Badminton. Srikanth Kadambi has won back to back to Open Series in Indonesia and Australia. This is a new benchmark for the Indian men in badminton and rise of the men in the sport that has become highly popular in India.

It was Prakash Padukone and P Gopichand who were the legends of the men in India for the badminton, but now Srikanth has ensured that many more kids will take the racket to follow their passion for badminton. Is this the moment for Indian Badminton? Well, of course, the Indian players have now achieved something that everyone was waiting for.

The Asian Herald Team congratulates Srikanth Kadambi for winning the Australian Open Series and every other player for chasing their dreams.