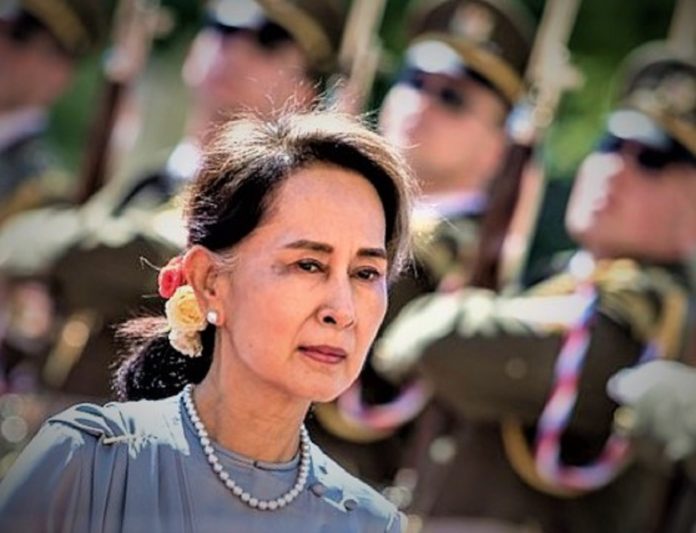 Aung San Suu Kyi is detained by the Myanmar military. The military has taken control of the state and declared a state of emergency. This has come after a week-long tension between the military and the civilian government over fraud allegations.

Myanmar Military has ruled over five decades in the country and now they have declared another state of emergency for at least one year. Military hinted last week that it would seize power claiming irregularities in the poll. National League for Democracy (NLD) of Aung San Suu Kyi won easily in the last poll.

A spokesperson of NLD, Myo Nyunt, said along with PM Suu Kyi, President Win Myint has been detained in the capital Naypyidaw.

The White House has condemned the situation, and released a statement,

‘The United States opposes any attempt to alter the outcome of recent elections or impede Myanmar’s democratic transition, and will take action against those responsible if these steps are not reversed.’

The democratic countries have expressed concerns over the development to absolutely disrespect the mandate of the people. Some people commented that even though there was a civilian government in Myanmar, the control and the power remained with the military.

Myanmar gained independence from the British in 1948. It has since seen a coup in 1962 and in 1988. Aung San Suu Kyi, a former democracy icon and Nobel Peace Prize Winner, faced a lot of criticism over the Rohingya crisis.

Suu Kyi has spent almost 20 years off and on under house arrest for her role as an opposition leader. The leader was released in 2010 by the military, only to detain her yet again, a decade after.

The military however denied any coup and released a statement and said,

‘will do everything possible to adhere to the democratic norms of free and fair elections, as set out by the 2008 Constitution, lasting peace, and inclusive well-being and prosperity for the people of Myanmar.’