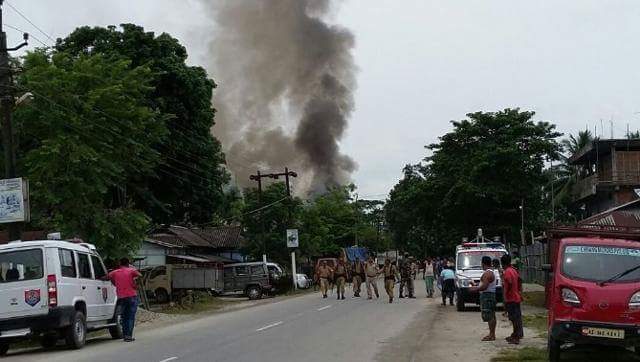 Assam Attack Live – As per latest reports second Terrorist has been neutralised by the Indian Army. Terrorist open indiscriminate fire at the local weekly market in Kokrajhar, Assam. So, far 14 civilians have been killed. The incident took place at the Balajan Tinali area where the terrorists open fired and Security Forces currently replying them.


One Terrorist has been killed confirmed sources. The sources have revealed that a grenade was also thrown in the busy weekly market during the Assam Attack. Many shops are also destroyed due to the terrorist attack. Assam has seen insurgency due to the militancy but this is a first of its kind when the terrorists fired gun shots. According to the news AK 47 was used for the firing.


Indian Army is after the other terrorists and as per the preliminary reports Bodo Terrorists are involved in the attack. The attack just before the Independence Day gave a warning message to the government. NIA already issued a warning for the Bodo Threats.

As per the eyewitness, the fire was not random and the terrorists were picking people to kill.

As per the latest news the police is suspecting and investigating all angles.

Sargodha Horror – Custodian kills 20 people in the name of...