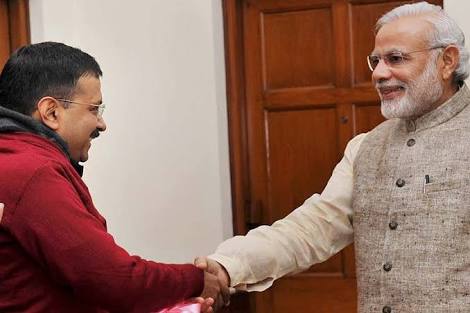 Prashant Bhusan said this in Washington when he was addressing a group of Indo-Americans reported NDTV. He even termed him as “Unscrupulous” for his nature. Even though AAP and BJP are at constant loggerhead and even AAP has announced to contest the polls in Goa, a BJP ruled state. But as Mr. Bhushan said that Arvind Kejriwal could join hands with Narendra Modi, then the election would be meaningless for AAP to fight.

Prashant Bhusan who quit AAP along with Yogendra Yadav said the inner democracy in AAP has died. He even told that Arvind Kejriwal wanted to have all the powers and he used them for the credibility. He also said that he made mistake and could not recognize him. Prashant Bhushan has also floated a party named Swaraj Abhiyan along with Yogendra Yadav. However, he was seen in no mood to jump into the political fray anytime soon.

Prashant Bhusan batted for Congress and said that Congress would be a better option in Punjab than AAP. Interestingly, he has fought many cases against the Congress members for the alleged corruption. He also said that he has information about corruption in AAP. However, he maintained that Arvind Kejriwal does not do any corruption but let others do it. He termed it as Manmohan Singh Syndrome as well.

It is not sure whether Kejriwal would ever join hands with PM Modi, but one thing is for sure, that AAP is going to give BJP sleepless nights in Punjab Election and would hope to replicate the result of Delhi Election.