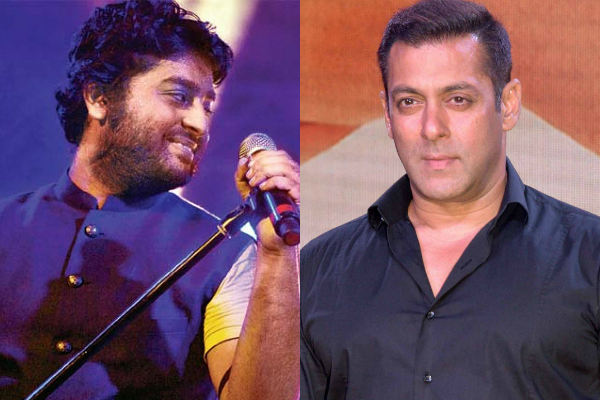 Since last few days, tinsel town is busy talking about Arijit Singh’s heartfelt apology on social media site and Arijit Song of Sultan. But Followed by the controversy, fans of both Salman Khan and Arijit Singh appealed the superstar to forgive the ‘Aashiqui 2’ singer. However, as per an online entertainment portal Bollywoodlife, ‘Sultan’ actor is in no mood to forgive Arijit Singh.

According to the portal, Salman khan is so angry with the singer that he has already chopped off the song sung by Arijit Singh from the movie ‘Sultan’. Sources close to the actor has revealed that the singer’s public apology has angered Salman even more and he has no sympathy for the singer. The latest buzz is that Salman Khan along with the makers of the movie ‘Sultan’ has decided to go ahead without Arijit Song of Sultan in the movie. It seems that the singer’s plan to visit Salman Khan at his residence and a public apology has backfired on him.  However, the makers of ‘Sultan’ have revealed that the song will not be removed completely from the movie but the makers will replace Arijit’s version with Salman Khan’s version. It was previously reported that Salman may keep the song for Arijit Singh but it turns out different.

As per the reports, Salman Khan has already recorded the song last week. The tiff between Salman Khan and Arijit Singh dates back to 2013 where Arijit Singh allegedly behaved rudely with the actor during an award function. Post the incident Salman Khan decided to boycott the singer in all his films. According to the singer Arijit Singh’s public apology note, it is clear that the singer tried to approach the actor several time but all went in vain.