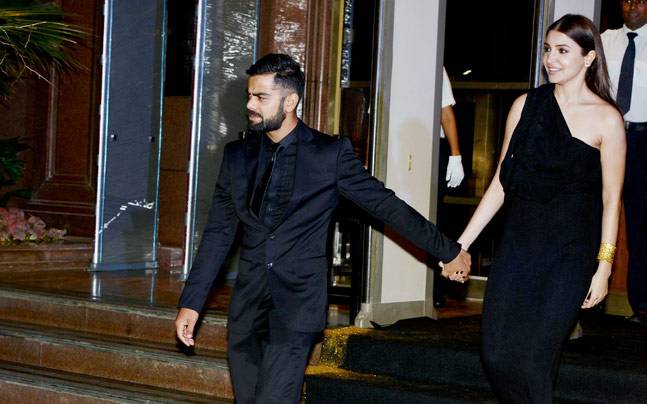 Anushka Sharma Virat Kohli is always the talk of the town. It is hard to separate them from online space. But this time no rumour brought them together, instead, it was the conversations between them.

Virat Kohli was asked to shave off the beard by Ravindra Jadeja, Rohit Sharma, Hardik Pandya and others with the Break the Beard Challenge. However, this was not enough to interest the Captain of Indian Team. He outright rejected the idea and said he is not ready. Well, soon, there was a comment on his post and it was from none other than his rumoured beau Anushka Sharma. She said, “You Cannot”. Well, that was enough for the fans to rejoice. Well, there is nothing new for a woman to decide the style of a man, especially if they are in a relationship.

Anushka Sharma Virat Kohli never officially confirmed their relationship status, but time and again, they have hinted, they are in love. This was yet another proof when Anushka Sharma came out and said No to shave off the beard.

Now, look at the reply of Virat Kohli. 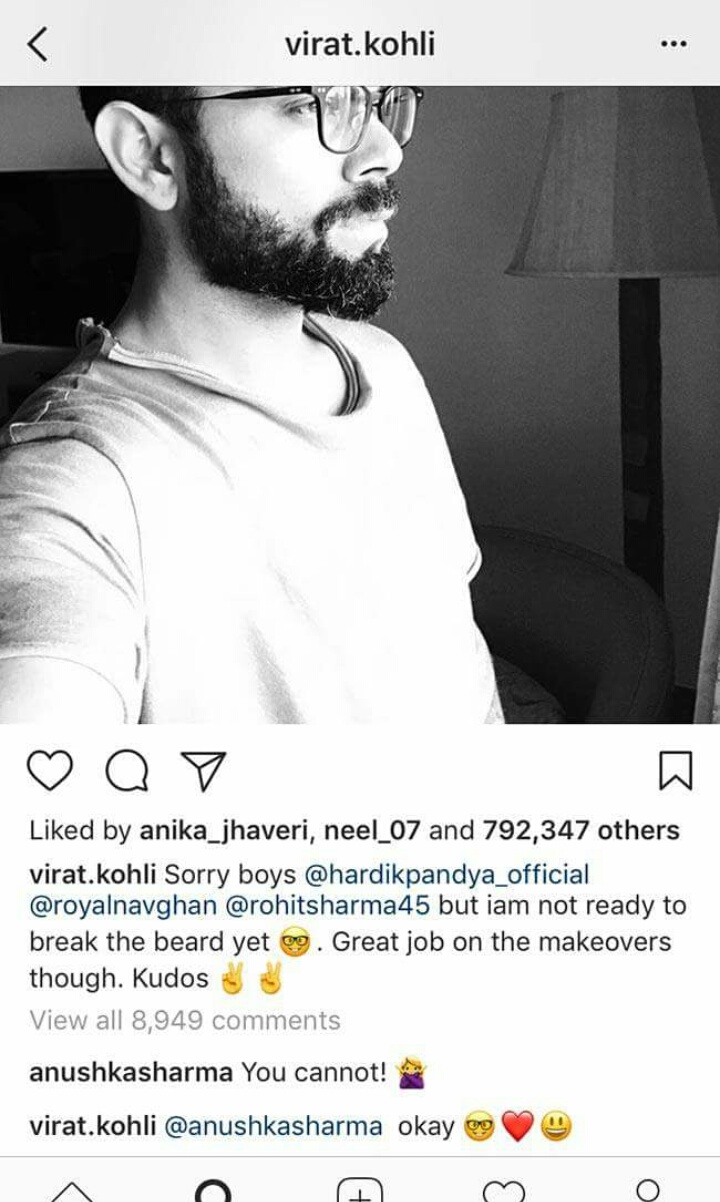 Well, Anushka Sharma has most remained sidelined from Virat Kohli after she was heavily criticized for her presence. She has been shooting for her upcoming movie reportedly titled as Rahnuma along with Shah Rukh Khan directed by Imtiaz Ali. On the other hand, Virat Kohli is taking the charge of Royal Challengers Bangalore. RCB is right now at the bottom of the list in IPL 2017.

Anushka Sharma has a Special Message for everyone

Deepika Padukone and Katrina Kaif to come together!