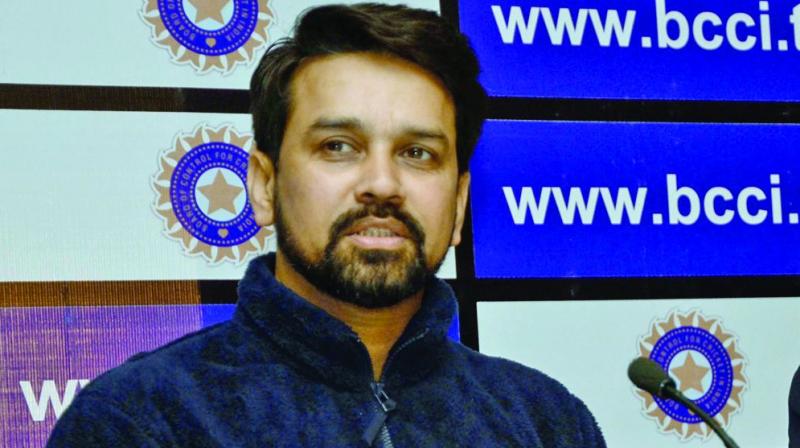 Anurag Thakur removed as BCCI President by the Supreme Court of India. BCCI Secretary Ajay Shikre has also been removed as BCCI failed to implement the Lodha Committee recommendations.

The court indicated that Anurag Thakur may have committed perjury by providing false information to the court. The whole debate started when a letter was revealed by the then BCCI President Anurag Thakur to the ICC Chief Shashank Manohar. The matter of the letter was to declare the court proceedings as the Government interference in BCCI that is not acceptable for ICC.

The Supreme Court was pushing the Lodha Committee recommendations for BCCI and the Cricket Boards in India were not ready to accept the changes. Few of the changes were incorporated but the court was not happy as the majority were left behind. Anurag Thakur has been removed from his position and the court may appoint an official to look after the daily proceedings.

The Apex Court has said that the Senior Most Vice President of the BCCI will act as the President till January 19 and the Joint Secretary would facilitate the position of Secretary. Senior Advocate Fali S Nariman and Gopal Subramanian have been asked to recommend the office bearers name for the interim duration. The Apex Court again appealed to the State Boards and the BCCI to comply to the Lodha Committee Report else the office bearers will be terminated.

The court expects written from the Boards on the implementations. As per the Lodha Committee Report, the office bearer cannot be above 70 years of old, should not have an unsound mind, cannot be a minister or government servant, should not be convicted and also must not have cumulative 9 years of experience. The other sports administrators can become the cricket office bearers as well.