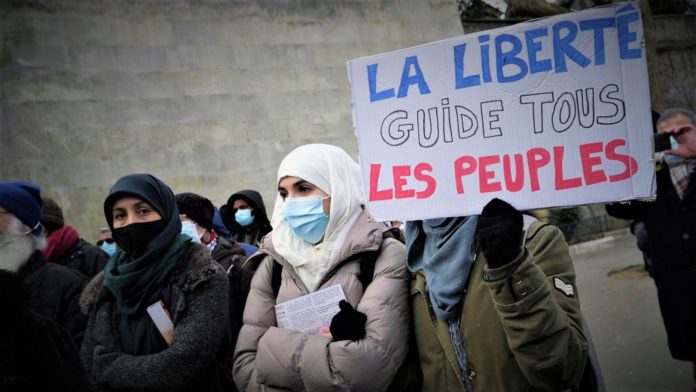 The Ant-Islamic Radicalism bill has now been approved by the MPs in the National Assembly of France. The law will now fight against terrorism, Islamic radicalism, and extremism. French President Emanuel Macron has time and again stressed that this would help France uphold the republican values, and eradicate separatism.

The Muslims have argued that this is an attack on their religious freedom.

But is the law taking religious freedom?

Let’s look at the major attributes of it and the power that the government holds thanks to the law.

The authorities are now capable of shutting down any religious place of worship if they air theories or ideas of hate and violence towards a person or people.

Moderate religious leaders would be given protection from the extremists.

Every association now needs to declare a foreign fund of more than €10,000 and get the account certified. The religious associations received huge funds from Turkey, Saudi Arabia, Qatar, and others in France.

A crime of threatening public servants in order to gain, “a total or partial exemption or a different application of the rules” is punishable by five years in prison.

The law introduces stricter criteria for home-schooling of children above the age of 3 years. The parents are known for taking children out of public school and secretly enrolling them in underground Islamic Structures.

All doctors would be fined or jailed for performing virginity tests on girls.

The authorities are banned from issuing residency papers to polygamous applicants.

General people of France have received the law wholeheartedly especially after the unfortunate incident of Samuel Paty. The critics however are worried about the 5.7mn Muslim Population of France. They say it is to curb religious freedom. However, one could argue, the law is only targeting practices of radicalism.