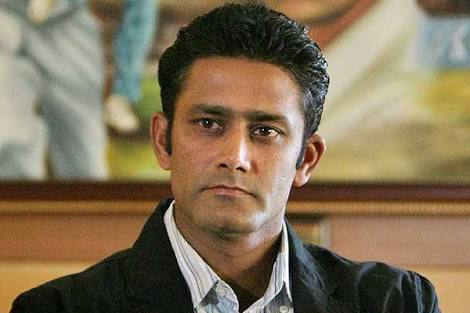 Anil Kumble for India Coach could be the new news for Indian Cricket Team. BCCI has just closed the application for India Head Coach Job on June 10. There are 57 applicants for the job , reported BCCI and the new reports have emerged as Anil Kumble is one among them. As far as the reports are concerned, Anil Kumble for India Coach can change the entire Indian Coach selection process. It was previously believed that Ravi Shastri is the front runner in the race. However, Anil Kumble name could change the equation. The former Test Captain and India’s most successful bowler has not reacted to the reports so far.

Know the name of all applicants for India Head Coach Job.

Anil Kumble was one of the best bowlers in his arena and his interest in this job could be a great news for the Indian team considering his experience. India is currently without head coach and currently touring Zimbabwe. Anil Kumble has previously served for various posts in BCCI and ICC as well. He is also involved with Karnataka Cricket Board. Anil Kumble is also involved with Royal Challengers Bangalore IPL team.

The name of applicants will be discussed by the team of committee comprised of ex-cricketers. The committee will recommend the name to BCCI and BCCI will take the final call on the India Head Coach Job. However, Anil Kumble for India Coach could be a real boost and turn for the selection process.