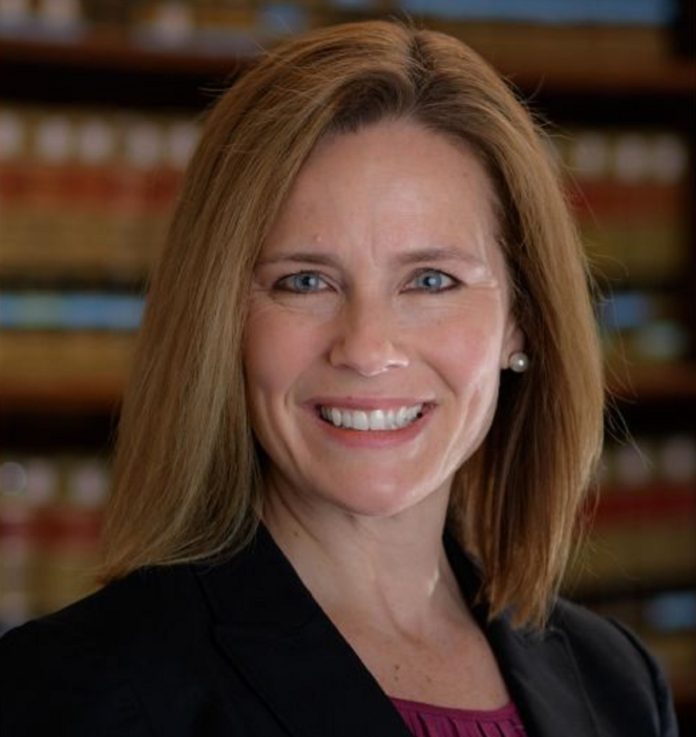 Amy Coney Barrett is formally nominated by President Donald Trump as predicted by The Asian Herald. Liberals are not happy about the decision. They are against the move as she is a conservative roman catholic. Well, this may sound weird but yes liberals have a problem on religious ground.

The question on the newly nominated Supreme Court is not new. However, she has time and again proven that her religious belief does not interfere with her judgment.

Here is what the newly nominated judge said after her nomination.

But now there are different angles that are being reported. Six out of nine judges in the Supreme Court would be a Roman Catholic if Senate approves the Judge Amy Coney Barrett on October 22nd. The court has traditionally been dominated by the protestants, but now this change is not very soothing for many.

But the question is should a judge be nominated on the basis of religion? Well, certainly not. It has to be done on Merit. Let’s check a few of her views.

This is the most controversial of all. She is known for her conservative views on abortion. But what did she say before being appointed the judge of the 7th Circuit?

“If I am confirmed (to the 7th Circuit), my views on this or any other question will have no bearing on the discharge of my duties as a judge.”

Amy Barrett has an inclination towards originalism in the case of guns. She is one of those judges who want to decipher the original meaning of accessing whether someone’s rights have been violated.

She is one of the judges who think the visa should not be granted in case the immigrants are likely to exploit welfare. She is in for tough immigration laws, suggest reports.

As per one article that she co-authored back in 1998, she believes that Catholic judges should rescue themselves from capital punishment.

However, all these are based on circumstances. She has been a good judge, many claims. It is also told, that she has proven people wrong who bring her religion into her capacity as a judge.

However, even Democrats agree that there is little that can be done to stop her from going to Supreme Court on October 22nd.