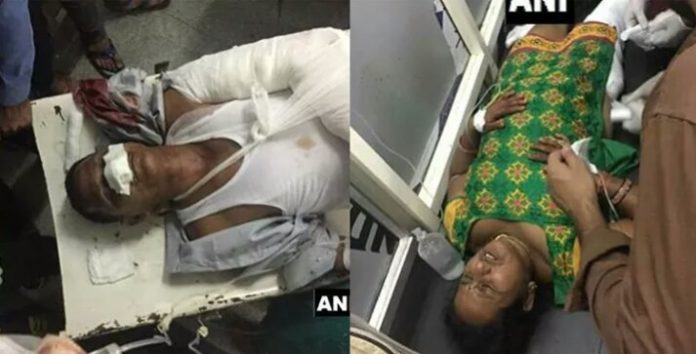 Amaranth Yatra Pilgrimage attack has given a clear and loud message that Kashmir is no longer a disturbed state but a terror state instead. The militants targeted the bus which was carrying the pilgrims to one of the holiest sites of Hinduism in Kashmir. As it was earlier published in The Asian Herald that militants are trying to attack the pilgrimage, terror in Kashmir has taken the worst possible form.

The incident took place in the South Kashmir when gun shots were fired at the bus carrying the pilgrims. There were police guards as well who were escorting the pilgrims. More than 10 people have been injured in the terror attack including the J&K Police. The Amaranth Yatra has remained peaceful even during the tough times. However, the Islamic extremism fueled by Pakistan has gripped the valley now. This shows that they have started targeting the Non Muslims in Kashmir.

Kashmir wants IS like caliphate and the radical Islam has made its way to Kashmir. This is one of the worst phases for the valley as it will directly impact the tourism and that can hit Kashmir badly.

According to the Police, the bus violated the rule and was plying after 7 PM which is not permitted. The bus was also not registered with the Amarnath Shrine Board. The militants waited for the opportunity and they attacked the convoy. The Police force was not much and the justification of many separatist sympathizers that the attack was on Police force look weird.

The causality has increased to 7 according to the Police. Home Minister Rajnath Singh has personally called J&K Chief Minister and Governor. A detailed report has been sought by the Ministry on the attack as well.

Prime Minister Narendra Modi has condemned the attack and has ensured all help. The internet service has been blocked in Kashmir. The pilgrims were coming from Baltal after completing the journey. The Yatra was suspended for 2 days considering the tension during the death anniversary of the slain Militant leader Burhan Wani.

Gurgaon Shocker – Woman Raped in Moving Car, thrown out in...

Palwal Murders – What made a person kill 6 people at...