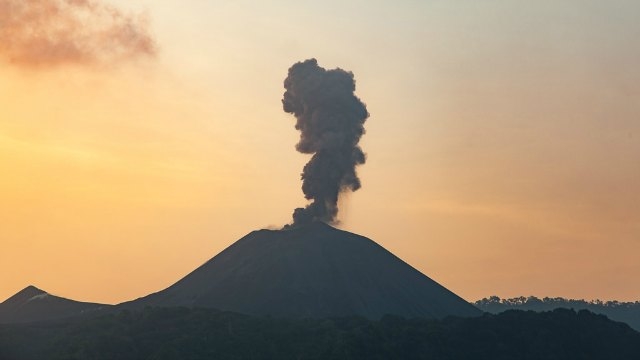 Active Volcano in India, the only one is very much active reported the National Institute of Oceanography. The team of experts who monitor the various seismic and volcanic activities in the various parts of the country reported that the only active volcano in India is again spewing smoke, magma, and ash.

The Volcanic Island is located in Andaman and is part of the Andaman Basic Arc which is known for many submerged or underwater volcano. However, the Andaman Tourism has nothing to do with the Volcano threat. The Barren Island is about 140 Km away from the Port Blair. The island is not inhabited and special permissions are required for the Private Indian Citizens to visit it via boats. However, the recent reports may spoil the visits for some time now as the only active volcano in India is spewing magma.

The researchers said that the volcano in Barren Island was inactive for around 150 years before showing some activity in 1991. However, the volcano was not frequent but the magma trail at the volcano slopes can now be found almost every time. The cloud, smoke, and ash just above the Volcano have become a common scene. The researchers said that the members did not go the Barren Island as it could have been very dangerous. However, samples have been collected and more details and pattern of the volcano may soon be revealed through studies.

Andaman is one of the major tourist destinations in India and has spectacular natural diversity. However, the volcano eruption has nothing to do with the other parts of the Andaman and Nicobar Islands.

Narendra Modi on Kolkata Flyover – Act of Fraud not Act...