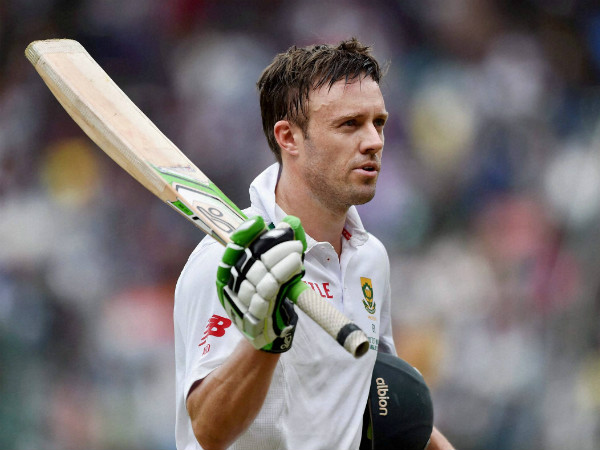 AB De Villiers has not taken part in cricket for some time now and he is unlikely to get fit in another 3 to 4 weeks. He is unlikely to be available for the Sri Lanka Series as well. The batsman said that the tremendous performance of stand in Captain Faf Du Plessis should be recognized and he should be given the Test Captaincy permanently. AB is known for his Sportsmanship and selfless attitude and this is yet another example of his courage.

He said he has taken this decision for the best interest of cricket and South Africa. Faf who has always thrown his weight behind AB has not made any comment so far. However, his participation in the first test against Sri Lanka is also doubtful for the allegation of ball tampering against him.

AB De Villiers is currently rehabilitating with his home franchise Titans and is expected to take part in some more time. The physio of AB said that his elbow is bending but not up to that extent. He will likely have to wear an elbow support sleeve for some time going forward (similar to this Elbow Sleeve for Athletics). The physio also confirmed he would require another 3 to 4 weeks to be fit.