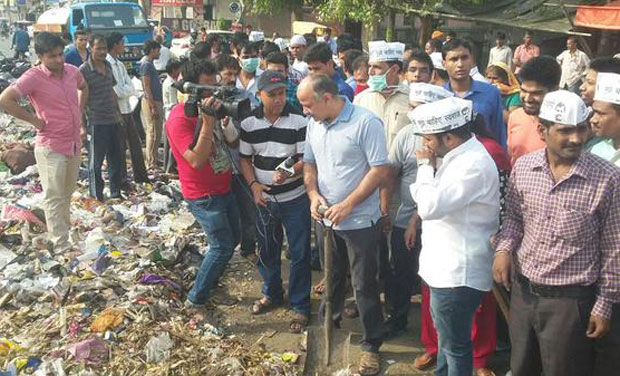 Ruling party AAP cleans Delhi in order to ensure the streets of the National Capital of India stays clean. The situation arose due to the striking sanitation workers of Municipal Corporation of Delhi for Fifth Straight day. They are agitating to clear their dues. However, their strike has made the city full of garbage. The ruling party CM Arvind Kejriwal took a step to deal with the situation and asked the PWD workers to work.

As the PWD workers started cleaning, the MCD workers started disrupting the work with the slogan that neither they will work and nor will they let other work. However, sensing the intense situation, the AAP lawmakers decided to clean their constituencies as well. AAP cleans Delhi to take out the garbage from the city. However, politics never go out of Delhi especially when AAP and BJP are involved. MCD is under the control of BJP and Delhi is ruled by the AAP and both have started blaming each other for the situation as the situation becoming worse to worst. 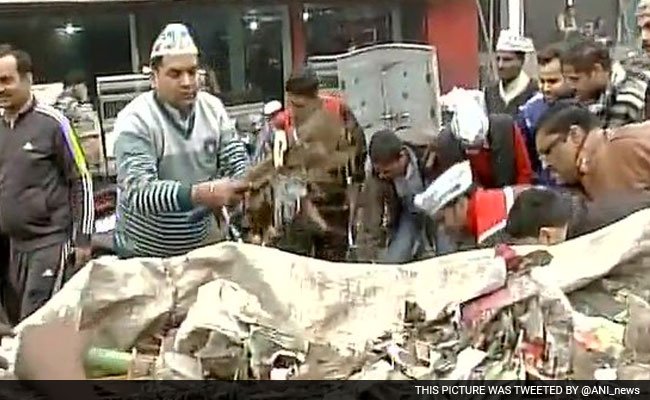 The Deputy CM of Delhi Manish Sisodia has earlier said that BJP is responsible for this situation. AAP has even questioned the intention of BJP and sensed political vendetta behind the strike. Striking a direct attack on BJP, Sisodia said that BJP is trying to punish the people of Delhi with all these tactics. The BJP has not left any chance to attack the ruling government as well. Satish Upadhyay denied the allegations of instigating the workers for the strike. He also asked the Delhi CM Arvind Kejriwal, to release INR 3000 Crores to the three municipal corporations. He also drew the reference of the 3rd Delhi Finance Commission.

The situation has not improved and AAP cleans Delhi as the lawmakers take out the brooms to clean the city and garbage. Kejriwal is also protesting against the Rule 8 and addressing people on the same on the other hand.

Anil Madhav Dave Dies – Why Narendra Modi is Shocked at...