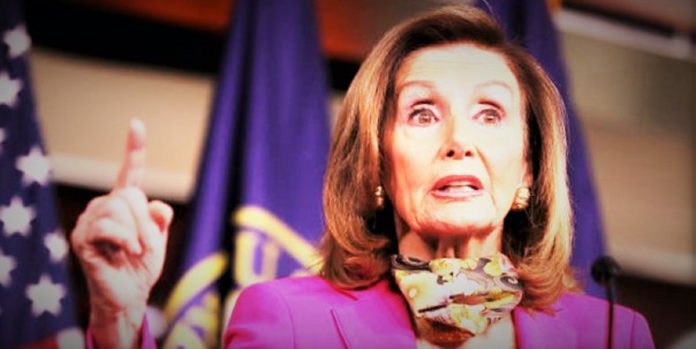 25th Amendment is what Congress is talking about now. Nancy Pelosi demands to invoke the 25th Amendment and said if not the Congress would go ahead to impeach Donald Trump.

This comes after the Washington Capitol riot where 4 people were reportedly killed. Remember, Joe Biden has been officially declared as the 46th President of the United States of America and he would take over from Trump in another 12 days. However, Democrats do not want to wait.

They say the riot at the capital is detrimental and Congress would go ahead to impeach President Trump days before his Presidency ends.

President Trump and many others have blamed Antifa protestors for the mess. There have many videos as well that show Antifa workers present at the riot site according to the viral video claims.

President-Elect, Joe Biden has however categorically denied all these. He said there wasn’t any Antifa worker. After the election, the Democrats have clearly sided with the Antifa protestors now and the rift between the two sides is wide open.

The United States is going through one of its lowest points thanks to politics of hatred from both the side. The country that stood tall for democracy is crumbling for power-grabbing politicians and it is time for the citizens to wake up for themselves.

The 25th Amendment would be another blow to the American democracy but Nancy Pelosi is in no mood for peaceful transfer either.

Would President Trump end up being impeached? No one knows but anything can happen in America now. Yesterday, Twitter and Facebook blocked their President from posting, and tomorrow the Congress might be on its path to impeach him 12 days before his term completion.