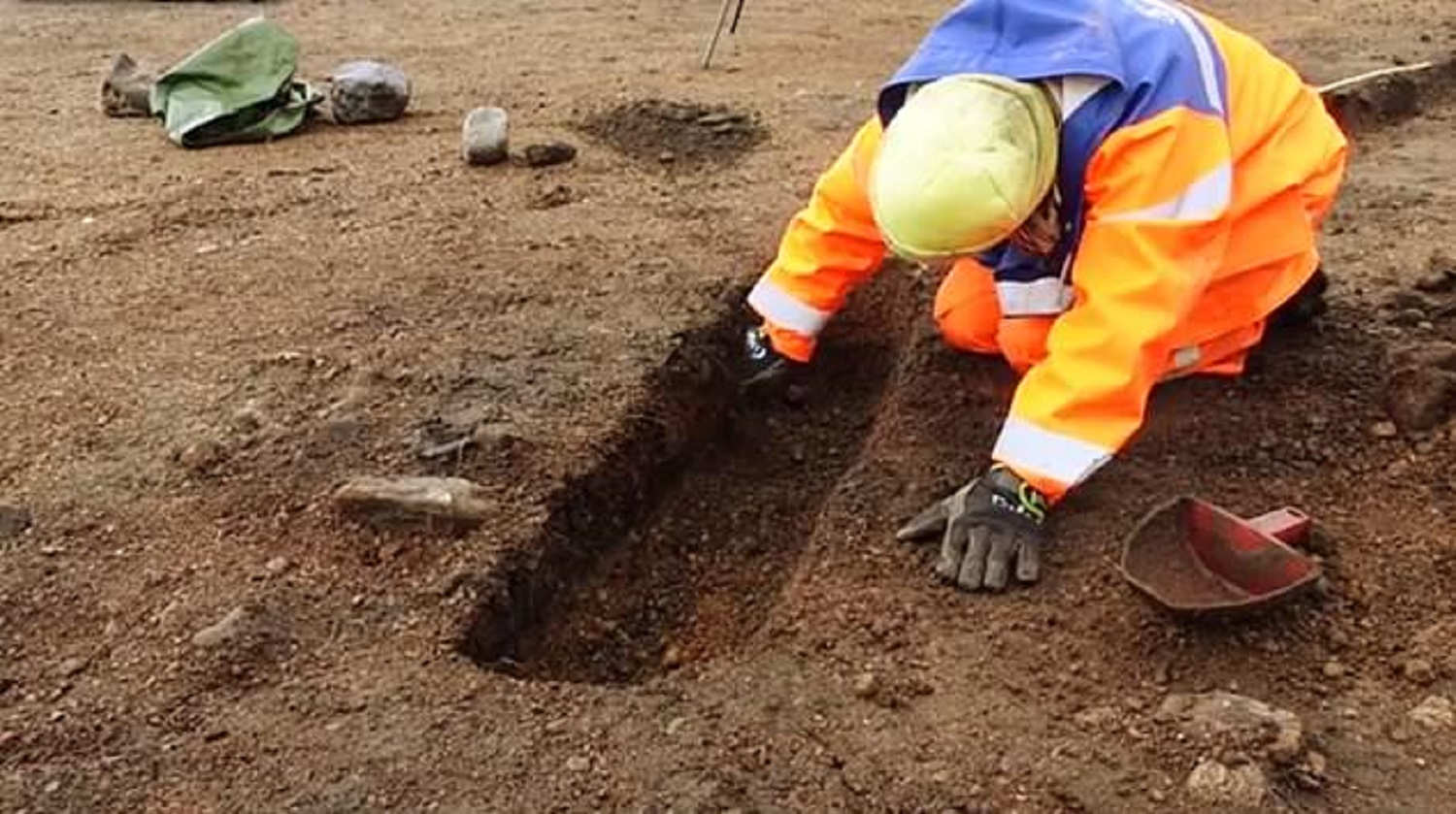 1200-year-old Nord Temple to worship gods like Thor and Oden is unearthed in Norway. The archaeologists have found that Pegan structure.

The archaeologists from the University of Museum of Bergen excavating the site in the Western region of the country and discovered the god house. The wooden structure dates back to the Vikings age.

The building was 45-feet long and 26-feet wide and stood 40-feet high.

There was a religious feast or blot found in the temple as well. It signifies that animals or sacrificed and the meat was prepared for the gods and ancestors.

The priest, ‘gode’ used to perform rituals on auspicious days and the tribe used to feast on the meat, said, Soren Diinhoff.

The excavated site is at Ose, near Ostra in Western Norway. The excavation started two months back, reported Daily Mail.

Several buildings of the medieval era were found in the area. There is buildings from the Early Iron age (2500 years ago) era. Diinhoff confirmed that the buildings from Late Iron Age are almost certain to be found as well.

As per the experts, the temple used to have a curved longside with rounded gables. At the center stood four pillars.

‘At this time we do not have any radiocarbon dating analyzed, but the architecture clearly testifies that the building must be dated to the Late Iron Age (600 – 1000 AD) and probably to the Viking Age,’ Diinhoff said to Daily Mail.

Before the Viking age, people used to sacrifice gold, but the Nords transitioned after the Vikings and switched to animals.

Diinhoff said that there are plenty of Pegan temples in the Scandinavia, but as Christianity made inroads, churches and other structures were made on top of the temples hiding them beneath the earth.

The archaeologists said luckily they found the temple.